Make-up-applying to the face of different types of makeup for decoration, as well as hiding existing flaws. Make-up is a kind of makeup.

Definition
Makeup is not only drawing, modeling, Pìdpravlennâ (adjustments) of the shape and complexion. With the use of decorative preparations is placed the goal to emphasize attractive features of the face. The most important is to be able to use these drugs. A good make-up should be gentle and emphasize all the subtlety of make-up, it should be natural, almost invisible. With the correct applied and timely eliminating, it does not violate the usual processes in the skin. In the afternoon, it acts as a thin protective layer, which provides effective skin protection against adverse effects of environmental factors. The decorative preparations produced by the modern cosmetic industry contains a huge amount of skin-beneficial ingredients.
Types of Makeup
Make-up depends on the season, the Time of day (morning, day, evening), and the main thing — from its purpose, requires full harmony with all appearance, with clothes, accessories, jewelry, manicure. The most frequently isolated daily (casual) and evening (ceremonial) makeup.
Makeup is connected with fashionable artistic directions-they set the color scheme, the shape of the eyebrows, lips, eyes. Today, the make-up is subject to three areas in vogue: Classic, Romantic and avant-garde. Quieter colors and shades inherent in the classic and romantic make-up, contrast, prenist and daring color gamut-avant-garde.
In the color range made to divide the make-up on the “warm” (prevalence of yellow, green, brown and beige shades) and “cold” (pink, gray, blue and purple shades). The tone is mainly determined by the face shape, hair color and skin.

Makeup history
The art of makeup takes its beginnings in the distant ancient. During the excavation of caves Stone Age archeologists were found accessories for colouring lips, different kinds of sticks for blackening of eyebrows and eyelashes, sharp shells to prick the pattern on the face and body. “Cosmetics”, in Greek means “art of decorating”. In ancient Greece, a lot of books on facials were written, such as “Cosmatikon”. The term “make-up”, arose later and was from the French maquillage-“Decorate yourself”, and means applying to the surface of the skin of various types of makeup.
At the beginning of the XVII century in vogue still kept copious use of whitewash, as well as the widespread replacement of eyebrows (vyskhaly completely!) It is important to note that women “eyes, neck and hands are painted with different colors, white, red, blue and dark: black eyelashes Make white, white again black or dark and spend them so rude and thick that any of this will notice, especially when you go to visit or the church, because they are not often released wandering through the streets, except only for holidays or for visiting friends and family. »
From Adam Olearius is known that “women of average height, in general, are beautifully folded, gentle face and body, but they are also blush and run together, thus so rude and noticeable, that it seems as if someone had a pimple flour spent by face them and brush painted Cheeks into the red paint. They will also black and sometimes paint in a brown color eyebrows and eyelashes. ” Sometimes the use of make-up came to the absurd, as remembered by the same olearius: “Something similar happened in our time. Znamunshevgo Velmozhya and boyar Prince Ivan Borisovicha Cherkassky wife, a very beautiful person, at first did not want to blush. However, it began to touch the wife of other boyars, why she wants to be treated with contempt for the customs and habits of their country and shame other women their way of action. With the help of their men they have ensured that the nature of the beautiful woman had to be whydown and blush, so to speak, with a clear sunny day to light a candle. »
The fashion on the blush lasted, at least by the end of the XVII century, as it mentions, particularly Charles Carleyl: “It is especially important to note that women, being altogether beautiful and slender, have a lot of blush, avoiding the opportunity to be beautiful without it. Women of other nations blush scrub their ugliness, these same only spoil their beauty. In addition, blush, used by them are so gross that there is no need to be close to not notice them.
According to S. Collins-personal physician King A. ROMANOV-in the XVII century, and previously women’s cosmetics produced on the basis of extremely toxic metals: lead and mercury which hurt the face and body of women.
In the second half of the XX century, there were special sections in fashion magazines, as well as in popular magazines that were devoted to makeup.
Today, make-up use not only women but also a large number of men.
At the beginning of the XXI century, make-up became widely available, and cosmetic products improved and became less toxic. 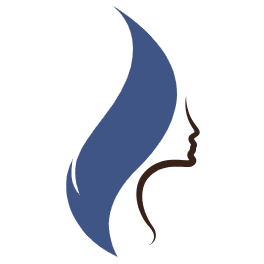